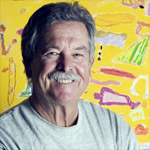 Visual art is a highly subjective medium, which is why so many practitioners of the craft go to their graves having never achieved a high level of notoriety. Every once in a while, though, artists come along whose work speaks to the masses. These artists may never reach the lofty status of art icon, but some seem to speak in a language that transcends all other forms of communication. The 10 artists in this list share this common quality, in addition to the fact that they are all named Ken.