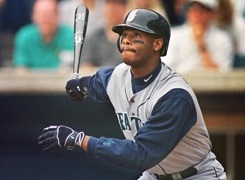 Just about every discipline you can think of has a hall of fame. Every actor, musician and athlete are moving one step closer to being immortalized by their peers and supporters as they work to make it to top of their game. Not everyone aims at a place in the hall of fame, but it’s a good place to lay down your hat if you can make the cut. For every legend that has walked those hallowed halls, there is no doubt on the world stage that they are among the best in their respective fields. These 10 entries are no exception, and they all proudly go by the name Ken.