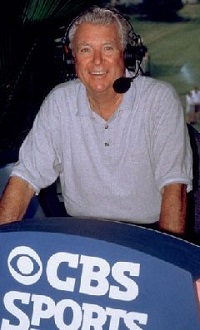 When sports stars retire, it is not unusual for them to take up a career that keeps them close to the action. For many stars, becoming broadcasters or announcers is the next logical step in their careers. They can lend their expertise to the commentary, keeping the fans on the edge of their seats with every play-by-play. These 10 Kens made their mark in their individual sports and, as announcers, brought you all the action as it happened.