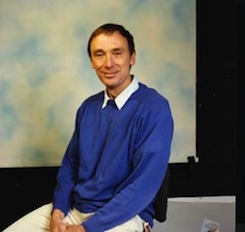 Without the genius and innovation of the world’s inventors, life on Earth would probably still be stuck in the dark ages. Some inventions have saved lives, others changed the scope of technology and design and others still were just plain fun. No matter what the invention, the work that these great men and women put into their creations deserves praise and recognition. All ten of the inventors on this list are named Ken, and each one has changed the world to some degree with their incredible products and inventions.

Lastly, I promised that in the title that I (Ken Myers) would discuss my own inventions.  I am listed as an inventor on a couple of patents with the U.S. Patent & Trademark Office.  The first invention was for an application with a GUI wizard and technology for using XSLT to transform text files from one format to another (from delimited to fixed length or XML to CSV, etc.).  My second invention was a business method patent for selling a plurality of home services based upon a person’s address (see WhiteFence.com).  These are both very meaningful to me and it was interesting to go through the process of filing and eventually earning the patents.  My guess is that several of the inventors in the list above feel the same way.