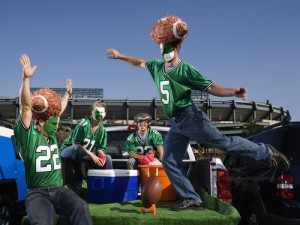 There are few kinds of loyalty as fierce or as unwavering as that of a professional sports fan to their favorite team. Whether it’s football, basketball, baseball or hockey, pro sports teams in America enjoy their own particular brand of hero worship. If you’ve ever found yourself wondering why these fans remain so loyal, year after year, these ten points might clear up a bit of the mystery for you.

The good news for sports fanatics is that there’s also a documented connection between loyalty in a general sense and personal well-being. Staying with the same partner, working for the same employer and fostering other long-term emotional relationships is also associated with greater levels of happiness, a more intense sense of life satisfaction and even better physical health. Cheer on, sports fans!