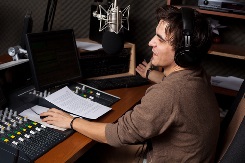 Everyone has their favorite radio host; whether you love politics, music, sport or social issues, a familiar voice of authority is always available on the airwaves. These ten radio hosts comes from all walks of life and each has his own particular talents. However, they do all have one thing in common, as every one of these well-known radio hosts share the first name “Ken.”