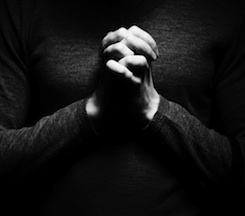 Millions of people pray every day for a variety of different reasons.  Whether you’ve found yourself in need of a listening ear or you want to praise a recent triumph, prayer has the ability to help people feel more grounded as they communicate with a higher power.  How and when you pray depends upon your religion.  In some religions, prayer is spoken aloud in a chant, sometimes as a group and others as an individual.  Group prayer is believed to have more power because there are a greater number of people communicating at the same time for the same things.  These 15 blogs will share information with you regarding various forms of group prayer, healing prayer and how and why it’s beneficial to keep a prayer journal.

There are many ways to have group prayer.  Every time you go to church you take part in group prayer.  There’s a large group of people all around the world who pray for various leaders of the world at the same time, hoping to encourage positive outcomes with various world decisions. These five blog entries will shed some light on different group prayers practiced around the world.

Many people believe in the power of prayer to heal people.  Some religions believe that spiritual leaders can heal people by touch.  Other groups believe in lying hands on someone, whereby everyone prays for a person while touching them.  Read through these five blog posts and see if any of them resonate with you.

Many people pray, but often it’s hard to know if your prayers are being heard.  Some people will tell you that their prayer was answered and that now, after years of trying, they were able to have a baby or gain some other much prayed for result.  If you want to track your prayers to see if and how they have been answered, a prayer journal may be the answer.  These five blog articles will explain how easy it is to create and use one.