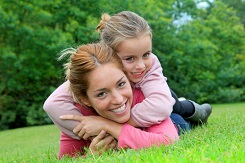 First things first: Mary Poppins sets a pretty high bar. Whether you’re talking about the Disney musical from 1964 or the series of books that ran from the 1930s to the 1980s, she’s pretty much the gold standard for a magical childcare character. The movie alone has helped raise several generations; is there anybody who doesn’t know the tune to “A Spoonful of Sugar”?

Beyond all the magic, though, there are some important lessons that non-magical nannies can take away from the story. (For the purposes of the list, we’ll be relying on the Julie Andrews version.) Take a look:

Mary Poppins was a friend to the children in her care when they didn’t have any, but she was also very clearly in charge. She directed their days and nights, taught them to clean their room and made sure they understood that she had a job to do. When you’re dealing with your own charges, it’s important to make sure they know that, while you can be very friendly, you’re still in a position of authority. You’re there to care for them, and that doesn’t just mean giving comfort and support. It often means looking like the bad guy when it’s time to get work done.

Work with the parents.

On a related note: you’re there to help the family, and that means working with the parents. Mary Poppins provided a bit of a disruption in the Banks household, but her goal wasn’t to undermine their authority; it was to help them grow closer to their children. To that end, it’s important to remember to work with the parents and regularly talk about your goals for discipline, health, education and so on. If you wind up contradicting parental directives — say, if the parents ask you to limit the kids’ TV viewing but you leave the set on all day — you could cause a rift in the family’s relationship and make the children feel confused about whose rules they need to follow.

Stress the importance of education.

Mary Poppins taught her charges how to keep a clean house, cope with life lessons and spell what’s got to be the longest word ever used in a musical. You should do the same (except for the cartoon derby). Talk with the parents about their children’s education and any goals the parents have, and incorporate things like reading and healthy play into your schedule. Take trips to local museums, art fairs and historical sites.

Remember that health is vital.

Treats are well and good — and you should always communicate with the parents about what you are and aren’t allowed to let the kids eat — but, like Mary Poppins, you should remember that an important part of childcare is instilling healthy habits in the children. Healthy snacks, regular exercise, plenty of good playtime, proper amounts of TV, etc.: it all helps underscore how children can learn to take care of themselves. If you’re looking for recipe advice, this gallery from Parenting.com is a great place to start.

This one’s obvious, right? Mary Poppins took her children to magical places, and she encouraged them to get out of the glum day-to-day routines they’d created and see the fun in life. She even had a song about turning chores into games. As you work with children, no matter their age, you should do all you can to encourage them to use their imagination as they work and play. Playing make-believe isn’t just for fun, either. Imagination has been shown to boost social skills, enhance language skills and even help children work through their fears.

At the end of Mary Poppins, Mary leaves. Her time with the family has drawn to a close, and the job she was hired to do has ended. Your job likely won’t be quite like that, but this lesson is really about knowing your role within the household. You’re a professional caregiver, but you’re also there to support the family; you’re devoted to your charges, but you should also be aware enough of your goals and their development to realize when it’s time to move on. Work with the parents to make sure everyone’s needs are being met — yours and theirs — and know that, sooner or later, you’ll be moving on.

As often as possible. Mary’s biggest lesson to her household was about the importance of fun, from energetic and healthy play to building lasting relationships. She was about joy, more than anything else, and that’s a role you’re uniquely qualified to play as a childcare provider. Being a nanny is hard; harder than most people know or could ever guess. But the key to succeeding at it is to have fun doing it, and to take pleasure in the job itself. It’ll rub off on the kids.