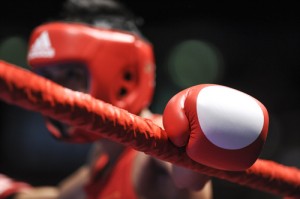 When mixed martial arts fighters ascend to the professional ranks, they aspire to join organizations like the UFC or Bellator. Before they reach that point, though, they’re part of an amateur circuit which can often be dangerous. Boxing, with organizations like USA Boxing to oversee amateur fights, sets a far better example for new fighters. Here are nine reasons why amateur MMA enthusiasts should take notice of this example, for the good of fighters and fans alike.

While most fans of professional mixed martial arts may not follow amateur fights, it’s important for all MMA enthusiasts to recognize how integral amateur circuits are to the sport as a whole. After all, even the world’s biggest stars were once unknown amateurs; doesn’t the next Jon Jones or the next Anderson Silva deserve to emerge from their amateur career unscathed (imagine how many great fighters out there will never get their big break)?