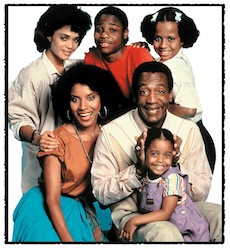 From the advent of television through today’s DVR revolution, there’s one constant that has remained a part of the ever-evolving television landscape: the family sitcom. The appeal of situational comedies often lies within the viewer’s ability to relate to the dynamics and archetypes he sees on the screen, and few things sum up the universal American human experience quite like extended families. Be they utterly dysfunctional or without flaw, these are 10 of the funniest and most influential sitcoms about families I can think of:

While the modern face of television seems to be dominated by reality shows (yes, I am a sucker for them too) and serialized documentary programs, there are still a few family sitcom gems on the air.   With that said, our family finds ourselves watching reruns of Full House and others more often than you might imagine (our kids love them).

Anyone want to argue for any other TV show?  Please drop a comment below or reach out to me on twitter @KenneyMyers.