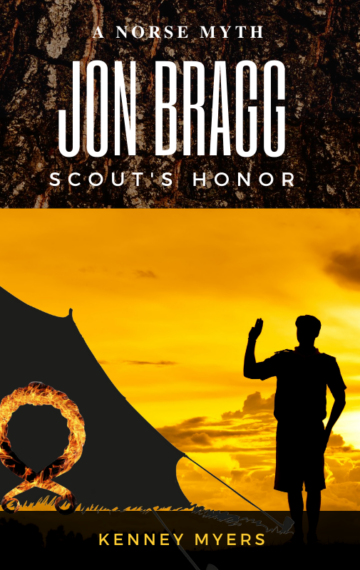 This is the second book in the Jon Bragg series. If you liked Jon Bragg Blue Essence and are a fan of Norse gods and giants, then this is a perfect book for you! If you like the Magnus Chase series, movies like Mortal, or streaming shows like Ragnarok, then you will love Jon Bragg Scout’s Honor.

Jon Bragg is enjoying a nice Iowa summer with his best friend, Marc, and engaging in Bragi training with his mentor and grandpa. After a hectic winter dealing with Coach Locke and all things Loki, it has been nice to fall back into some normalcy. He has a nice, little business mowing yards for neighbors and enjoys his time driving in his sixteenth birthday gift, a Toyota Corolla.

He’s looking forward to an upcoming Scout camp where he and Marc will continue working toward Eagle Scout and have the opportunity to get away with just the guys. He’s had his fill of dance recitals and run-ins with Jess and her new friend, Darla. Who, by the way, pretty much loathes his existence. Come to find out, though, she’s going to play an integral part in events surrounding camp.

One thing is for sure, nothing will ever be the same after this summer!