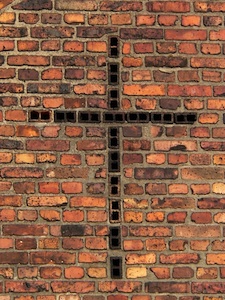 In the wake of the Boston marathon bombing and the media drawing comparisons between this attack and the attacks of 9/11, it’s logical to think again about Jonathan Cahn’s book, The Harbinger.  In his book, Mr. Cahn, a Messianic Jew, compares ancient Israel and its eventual destruction with modern America.  He does this within the context of Isaiah 9:10, which states:

Mr. Cahn believes that America, like ancient Israel, has received nine signs, or harbingers. While these signs don’t seal our fate, they definitely do send us down a path toward destruction.  This fate can be averted at any time simply (or not so simply) by Americans turning back to God, putting Him back into both our lives and our society in general.

Let’s quickly review an abridged form of the nine harbingers from his book:

The First Harbinger is the breach.  God briefly removed the hedge of protection over Israel to allow an attack on them.  In the case of America, for Mr. Cahn this is represented by the terrorist attack of 9/11 on the twin towers in New York City, when our hedge of protection was dropped just long enough for devastation to occur.

The Second Harbinger is the terrorist.  In the case of ancient Israel, this was manifested in the Assyrians that attacked them. For America, this is represented by the terrorist group Al Qaeda; they are believed to be descendants of the Assyrians and have been tied to the attacks on 9/11.

The Third Harbinger is the brick(s).  For ancient Israel, this represents the buildings that have fallen from the terrorist attack, including the bricks.  This is paralleled by the twin towers falling in 2001, and specifically by the bricks that were left in the ruins around Ground Zero.

The Fourth Harbinger is the tower.  In Isaiah, this takes the form of Israel deciding to build bigger and better buildings with hewn stones in defiance of God.  Likewise, in America Mr. Cahn notes that our response was to immediately say we should build bigger and taller towers where the twin towers once stood.

The Fifth Harbinger is the Gazit stone.  A Gazit stone is a stone that is carved out into a rectangular shape; the Israelites obtained these stones from a local mountain.  In America, we did the same thing when we carved 20 tons of Adirondack granite from the mountains in New York to create the Freedom Stone, which is the cornerstone of the new development at Ground Zero.

The Sixth Harbinger is the sycamore tree.  In ancient Israel, the Assyrians not only destroyed the buildings, but also the land and the trees, specifically mentioning that they cut down the sycamore trees.  In the attacks on New York City, as scarce as trees were, one tree that was destroyed was indeed a sycamore. This tree became known as “The Sycamore of Ground Zero”.

The Seventh Harbinger is the erez tree.  In ancient Israel, as the vow states, they replaced the sycamore trees with erez/cedar trees.  The same thing happened at Ground Zero in New York, where a Biblical erez tree was planted in the same spot as “The Sycamore of Ground Zero.”

The Eighth Harbinger is the utterance.  This is the vow of defiance that Israel’s leaders uttered in their capital city in response to the attack, though sometime later after rebuilding had begun (Isaiah 9:10).  In America, this happened in our capital, Washington D.C., on 9/11/2004, when Senator John Edwards read Isaiah 9:10 on the anniversary of the attack after some rebuilding had begun.

The Ninth Harbinger is the prophecy.  This is the vow (Isaiah 9:10) again spoken in the nation’s capital, but it has to be done as a prophecy foretelling what would happen.  On 9/12/2001 (the day after the tragedy) Tom Daschle (Senate Majority Leader) gave the nation’s response to the attack, and he read Isaiah 9:10 that foretold that we would rebuild with hewn stone and replace the fallen sycamore trees with cedar, all of which we did actually do at a later time (so the speech did foretell the future).

The harbingers are ominous, and they should certainly cause all of us to stop and think, but we should also consider some additional thought as it relates specifically to Isaiah 9:10 and our beliefs as Christians.  In fact, let’s back it up a bit and look at Isaiah 9:6 and 7, which state:

“For unto us a child is born, unto us a son is given: and the government shall be upon his shoulder: and his name shall be called Wonderful, Counsellor, The mighty God, The everlasting Father, The Prince of Peace.” – Isaiah 9:6

“Of the increase of his government and peace there shall be no end, upon the throne of David, and upon his kingdom, to order it, and to establish it with judgment and with justice from henceforth even for ever. The zeal of the Lord of hosts will perform this.” – Isaiah 9:7

This is a messianic prophecy where we are being told about what will happen when the messiah comes to Earth.  Of course, Jesus did come to Earth, but far after ancient Israel was destroyed. For us, this is quite significant, as the harbingers/signs that were delivered to ancient Israel came before the messiah was born, lived and died to save us from our sins and bring us eternal salvation.

As a society, we (Americans) have gone out of our way to remove God from our government, businesses, schools and many aspects of daily life.  This certainly cannot be pleasing to God, but we can be certain that through Jesus we have a much greater opportunity to be forgiven without large sacrifices (at least not the kind of sacrifices ancient Israel was subject to).

So we can rebuild and grow stronger, not in defiance of God, but in concert with him and by following the example set by his son, Jesus.  The foundation that we should build upon is Christ, the solid rock.  As we rebuild (or expand) our selves, our families and our communities through his love and teachings, we can reach new heights and enjoy his blessings knowing that through Jesus we can and will be saved.

If you’re familiar with the Bible, you know the fate of Christ after his crucifixion and resurrection, but what about the twelve disciples who followed him? 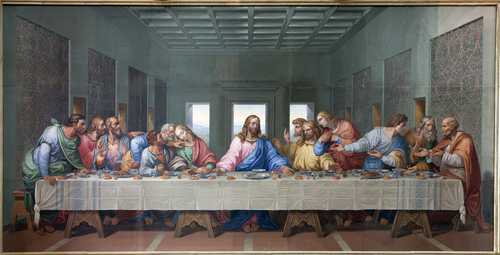 The original recipients of the Great Commission are shrouded in a bit of mystery in the Bible itself. With the exception of Judas Iscariot, whose fate is well documented after his betrayal of Christ, only James the Greater’s death is shared in the Good Book. Here’s what happened to the other ten apostles who shared Jesus’s life and message, according to myth, legend and apocryphal tales.

Because these lives aren’t chronicled in any detail in the Bible, it’s not actual gospel and as such, should be taken with a grain of salt. However they lived and died after Christ’s resurrection, though, it’s safe to say they accomplished much in the name of the Great Commission. After all, the message of Jesus has been spread to all corners of the globe and has become one of the world’s most widely followed religions.

What are you wishing for? Maybe today is the day to act on that wish.

Dedicated to our friends in the Angeli family 05/21/2015 http://www.chron.com/news/houston-texas/article/Reports-HPD-officer-found-dead-inside-car-6276964.php

We spent some time this Sunday discussing Ash Wednesday in church and a new realization occurred to me (well our pastor pretty much hit me up beside the head with it).  Ash Wednesday (the start of Lent) is about a lot more than just sacrificing something you enjoy doing, eating, drinking, etc.  You see growing up that was all that it was about for me.  I gave up soda one year for instance and you know it was a real struggle for me but I felt like I really accomplished something.  Through the years I have given up other things but always thinking that Lent was bout sacrificing like what God did for us when he sent his son to die on the cross.  I never really fully appreciated what the season was about.  You see, it is about sacrifice but it’s also about sacrificing something so that you spend more time with God.  That’s something that I totally missed for all of these years.

Here’s a cool video by the skit guys on fasting (which is mostly related):

We know that as Christians we aren’t supposed to make a big display out of fasting or during lent whatever we are giving up.  It says in Matthew 6:16-18:

“And when you fast, do not look gloomy like the hypocrites, for they disfigure their faces that their fasting may be seen by others. Truly, I say to you, they have received their reward. But when you fast, anoint your head and wash your face, that your fasting may not be seen by others but by your Father who is in secret. And your Father who sees in secret will reward you.”

So it seems from this passage that regardless of whether it is for Lent or just a general fast, we aren’t supposed to make a big deal out of it telling everyone what we are up to like it’s the latest diet craze.  This is about inward reflection as is Ash Wednesday and the season of Lent.  This year I’m not planning on giving up something for the sake of giving it up.  Instead I am going to try to be more purposeful about setting aside time to reflect on how to make God and Jesus more a part of my daily life.  I’m not sure what that actually means or how I will determine my success or failure but then again that’s also not the point.  It’s about doing the best we can to be better Christians in spite of the craziness going on around us (much of which we create ourselves).

For me, the best logos tell you about the person, business, or organization they represent.  When I was working on my personal blog I wanted to reflect three aspects of my life 1) My Christian Faith 2) My Family/Friends and 3) My Fighting (passion for mixed martial arts as an athlete and fan).  I think that the following logo really nails all three perfectly.  The cross represents my faith and the boxing glove reflects fighting and the outreached hand represents that I’ll do whatever I can for my family and friends.  If you get a second, let me know what you think!  Thanks!