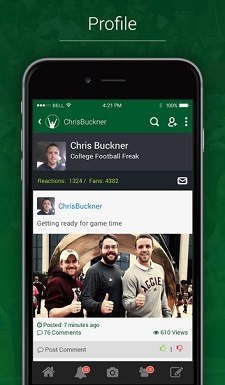 As an entrepreneur focusing on technology companies I have found myself encountering some issues with developing and releasing mobile applications that I think are worth pointing out in case there are others that are about to embark on their first attempt.  For most businesses it’s not a matter of IF you will need a mobile application but more WHEN you will need one.  As we all know, mobile devices are used in just about every aspect of life now almost to the point of being a constant distraction.  Given that, most businesses will eventually have to accept that and find a way to reach their customers/clients pretty much 24×7.

The initial release is most likely just the beginning or your mobile application experience.  You are going to need to maintain the application and most likely provide fairly frequent updates to add more and more functionality based on user feedback (this is a major factor in determining how many users delete your app – lack of updates).  Consider this when you are choosing the development platform and resources.  If you are a developer like me then make sure you can take over where the other developer has left off or have a good maintenance agreement prepared in advance with someone (if possible).  You have to be sure you know out of the gate what it is going to take to be able to maintain a good mobile application for your customers/users.  If you have any questions on mobile application development and release (not project work, just the process or general feedback), hit me up on Cyber Dust username KenneyMyers or on Twitter @KenneyMyers.