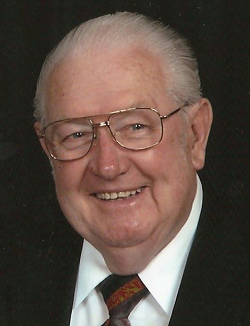 A long time ago my grandfather told me it was better to own a peanut stand than to work for someone else.  You see, he was a self-made man someone that started with very little and turned it into something amazing.  He was in the hotel business and did exceptionally well through embracing and embodying the spirit of what I believe it takes to be an entrepreneur.  He understood that it took hard work, a bit of luck, surrounding yourself with excellent people that you can trust, and taking great care of those people.  Of course, you have to be risk-taker, you have to be intelligent, you have to take good decisions, and you have to have a passion for what you do but above all else you have to be willing to “work like the Dickens”.

Working hard also means working smart because frankly as an entrepreneur you don’t have time to waste.  Sometimes you also have to realize that an answer now may be more important than the perfect answer later (so much of what you do as an entrepreneur is about timing).  If someone were to ask me what being an entrepreneur is all about I guess I would respond something along these lines:

Being an entrepreneur is much more than a job
It’s not all about the money or acting like a snob
It’s a way of thinking that’s honest, pure, & true
Wanting to make the world better and quite often we do

There are all kinds of people out there that have started their own business for various reasons.  I’m pretty sure though that several of them aren’t really what I would classify as entrepreneurs.  I know that may sounds strange but some people that start a business probably shouldn’t because they just really aren’t willing to put in the time and energy that it takes to make it work in the long run.  In fact, if it isn’t hard work I’m not sure you really get what being an entrepreneur is about.  It’s my hope that someday I’ll be able to say that I did my Grandpa proud and that I did in fact “work like the Dickens.”