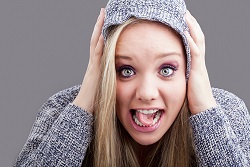 So one day I had a crazy idea, okay that actually isn’t unusual… Anyway, I was deciding what to tweet and I came across something that was a little bit like an alliteration.  I began to think that it was interesting but not particularly challenging.  So for my next tweet, I decided I would string together as many words as possible that started with the same letter/sound.  I was able to achieve what almost seemed to make sense and use all 140 characters!  Okay, so the way my mind works that was awesome!  I can’t really explain why it was awesome, it just was and so I decided the next day that I would try it again and it has basically become my thing.  I try to string together as many words as I can and still have a meaning behind the tweet.  With that said here are a few of my rules:

So speaking of the urban dictionary, twalliteration used to be called twitteration.  However, I found out that indeed that had already been taken.  So I tweeted out a request to my followers asking about renaming this technique and my good friend @mykitchensyc and I agreed to go with the new name of twitter + alliteration or twalliteration.

So now, next time you see a tweet about twalliteration or see some strange tweet from me that looks a bit like a tongue twister, you will know what to call it when you retweet it to all of your followers!