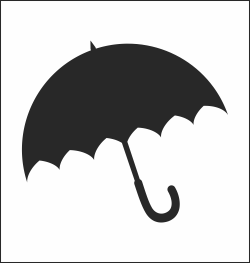 Applying for work as a nanny can mean jumping through quite a few hoops: there could be multiple interviews and personality assessments involved, not to mention things like specialized nanny resumes or portfolios you have to put together. But there’s a major part of the application process that many nannies overlook, often because they don’t expect or understand it, and that’s the background check. If you’re a childcare professional, you should familiarize yourself with background checks and learn what they’ll cover, as well as when and why you could be asked to submit to one. This isn’t about gaming the system, though. It’s about learning what personal information becomes part of the application process.

When One Can Be Requested
According to the National Association of Professional Background Screeners (an industry trade group focused on unifying best practices), employers in all fields are increasingly turning to background checks as a way to safeguard their investments and prevent instances in which they hire someone who goes on to engage in criminal activity in the workplace, like theft or sexual misconduct. In the childcare arena, such concerns make total sense. Theft in the corporate world usually means embezzlement or stealing office hardware, while sexual misconduct is usually harassment against colleagues. However, theft in a nanny-family relationship means stealing personal property, and sexual misconduct would mean awful types of abuse.

Because of this, you can expect potential employers to request a background check once the application process has moved into the interview stage. Some employers might request a background check before they move onto an official interview, as a means of winnowing the field, while others might request it after the interview so they only have to perform them on nannies with a serious chance of getting the job. Regardless, you can expect consent to conduct one anytime between sending out your resume and accepting an offer.

Why Background Checks Matter to Families
It’s simple: a background check is one of the best ways an employer family can gather information about a nanny that they can use to make an informed hiring decision. The interview process is all about getting to know the nanny, and a big part of that involves doing research like talking to a nanny’s previous employers, verifying references and certifications, and so on. Like any employer, a family looking to hire a nanny has to do as much discovery as possible and then, ultimately, take a leap of faith and hire someone. A background check is only going to show a) certain behaviors and b) instances in which someone was actually caught doing those things, so it’s not a perfect solution, nor is it a guarantee of a future free of negative incidents. It is, though, one of the best tools at an employer’s disposal.

What a Background Check Will and Won’t Cover
A lot of things won’t show up on a background check. Parking tickets, for instance (but if you’ve ignored a resulting warrant that could). Those are minor citations that didn’t require your fingerprints, so they don’t make the cut. However, your overall driving record, including larger misdemeanors or felonies — say, drunk driving, vehicular manslaughter, and others — will show up.

Unpleasant events that occurred when you were a minor won’t show up, but things from your adult life will, including drug test information and credit history (though your actual credit score won’t be included). Background checks also investigate sex offender and child abuse registries and criminal records at the state and federal levels. They do this by querying a variety of databases, including the FBI Identification Record, which deals with criminal history, and the Interstate Identification Index System, which lets states share criminal activity information for the purposes of employment/background checks. If you’ve been involved in a criminal activity, there’s a very good chance it will show up on a standard background check, even though the burden of keeping these databases accurate falls on the states, who sometimes don’t stay up to date. With states that have a reputation for having incomplete databases, however, savvy investigators will send court runners to manually inspect county court records in the area this is searched.

Giving Your Consent
This is crucial: an employer can’t conduct a background check on you unless you give them permission to do so. Proper background checks aren’t usually handled directly by the employer but outsourced to third-party groups called consumer reporting agencies, which are overseen by the Fair Credit Reporting Act (FCRA). The FCRA was passed to regulate the ways that consumer information (like the stuff covered in a background check) is reported and distributed, and that means that checks must have the consent of the person being investigated. If an employer wants to conduct one, they must ask for your permission, which they’ll usually do via a written form. If they simply present you with information they’ve found out about your personal history, you might have cause to take action against them.

Ultimately, nannies should know that a background check will detail legal events about their life but will not divulge any compromising information. In other words, the information can and will be used to learn about your criminal history, but it isn’t designed to invade your privacy or steal your identity. Be honest with your employer, and you can both walk away satisfied.