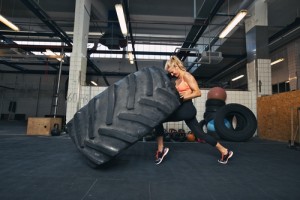 Fitness fads come and go, many fading into memory as the next big thing arrives. CrossFit, however, doesn’t seem to be showing any signs of disappearing any time soon. One of the most popular fitness trends across the country, there are thousands of affiliates and gyms, known as “boxes” in CrossFit slang, established in the United States alone. While devotees know exactly why they stick with the hardcore training regimen, it can be baffling to an outsider. If you have no experience with CrossFit and wonder about the secret behind its staying power, here are ten of the reasons it’s probably not going to go the way of legwarmers and Jazzercise.

Like any popular exercise system, CrossFit has its share of detractors and naysayers. Still, even the vocal nature of these critics shows no sign of slowing down the growth of CrossFit around the world.