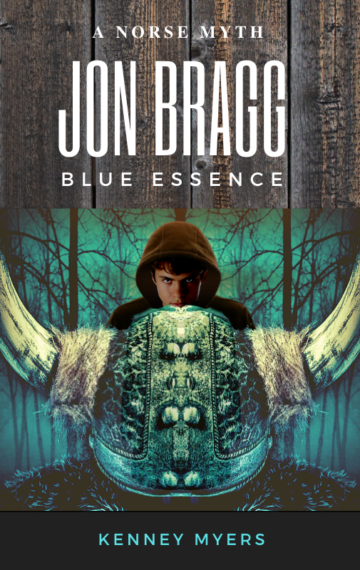 Jon Bragg enjoys a quiet life in the small town of Grinwell, Iowa. He has loving parents, a typical, bratty little sister, and a best friend named Marc Miller, who is so fascinated by Norse mythology that everyone at school calls him Thor; mostly to tease him, but he doesn’t mind. However, when Jon turns sixteen, a new kid arrives, stirring up a whirlwind of trouble, and Jon and Marc find themselves caught in the middle of a hunt for demigods and their blue essence.

If you have a passion for stories about Odin, Thor, and Loki, then have you heard of Bragi? His power is fueled by something completely different than thunderbolts and trickery—words and music. Jon Bragg: Blue Essence will give you the opportunity to learn about and fall in love with Bragi, Odin’s second eldest son.