Let me first start out by saying that I don’t always nail a scene in 1 take, ha!  That said, I do try my very best to show up on set ready to deliver the best performance I can without ever asking for “LINES”.  Like many other actors I also have a job that actually pays the bills (I am a software developer and an entrepreneur but that’s an article for another day).  Believe it or not, I use the same process whether I am auditioning or showing up on set.  Yes, I memorize and develop the backstory, etc. for every single video or in-person audition too.  Here’s the process I have traditionally gone through.

What is this Application You Use?

Fair question.  Well when I had my iPhone I used an application called “Scene Study” which really does all of these things very well.  Unfortunately, I felt the need to protest Apple’s slowing down of my iPhone 6 and forced upgrades by buying an Android phone (Google Pixel 2).  In the heat of the moment that seemed like a great idea.  Unfortunately several applications that I use a lot were not available on Android.  One of those happens to be Scene Study.  Ughhh.  So I started carrying my old iPhone around just for the purpose of studying my lines.  That is until recently when I decided carrying two phones was dumb so I set out to build an app for Android that would do everything I needed.  Thus, RehearserBro was born (yeah terrible name I know but the .com was available so …).  Here’s how it works using a series of images/screenshots. 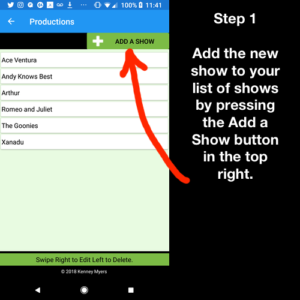 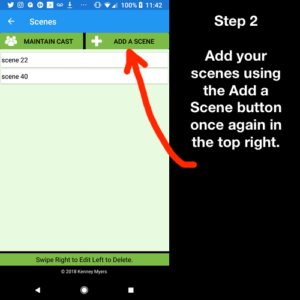 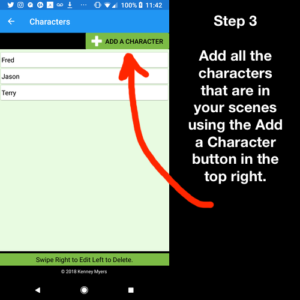 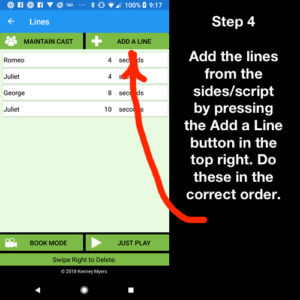 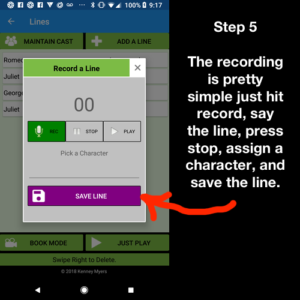 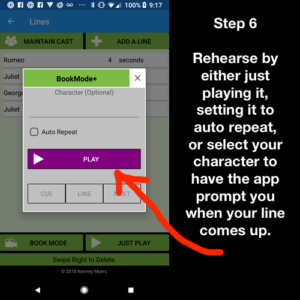 That’s all pretty straight-forward right?  It’s a game changer at least for me though as it allows me to practice and even do my self tapes without a reader (BookMode+).  This is one application that I just couldn’t be without and therefore I had to write it.  Of course, it may have been smarter to reach out to the developer to see if they had plans of porting their app but where’s the fun in that?

So this is really the secret behind how I learn my lines and have a reputation for being a 1-take actor (per camera angle and I am FAR from perfect).  The honest truth is it just helps me remember and is easier than asking someone I love to read with me a million times (that gets old for them after the second or third time I think).

If you are interested in RehearserBro hit me up on Instagram or Twitter (@kenneymyers on both) and let me know.  I actually wrote it using Xamarin so technically could also produce the iOS version easily (it’s already written).  I just don’t have a need for that one right now so I didn’t publish it.  I also did not publish the droid app to Google Play yet.  I’ll wait to see if there is any demand for it whatsoever.  Thanks and hope to see you on set (with both of us knowing our lines)!