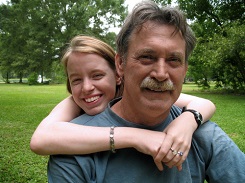 Parenting is never an easy job, but it can be particularly complicated for fathers involved with raising a teenage daughter. Whether you’re a stay-at-home dad, the sole custodial parent or still married to the mother of your daughter, there’s something uniquely challenging about parenting a teenage girl. While every father and daughter will face their own individual challenges and successes, these are a few of the more common struggles faced by fathers of daughters who are rapidly approaching adulthood.