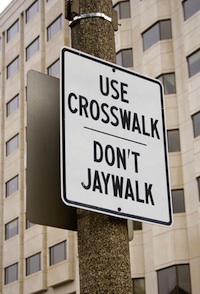 When you think of the word “criminal,” the image that comes to mind is probably that of a grizzled convict with a penchant for violence. In reality, a criminal is anyone who breaks the law, even if it’s a relatively minor one. Many honest, upstanding people commit crimes on a daily basis, essentially making criminals of themselves. These are ten of the most common illegal activities; how many of them are you guilty of?

Whether you’re essentially honest and consider yourself a law-abiding citizen or not, there’s a good chance that you’ve broken at least one of these laws in your lifetime. Some, you may bend to the breaking point on a regular basis. Keep in mind that this behavior may seem harmless, but it’s still against the law and could lead to a hassle if you’re caught in the act.